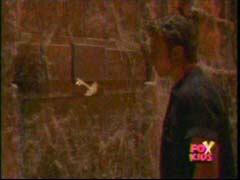 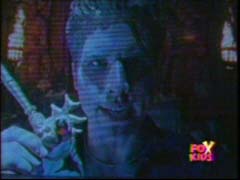 While checking out the tomb again, Ryan finds the golden key, which reveals Bansheera's plans.
He radios the Rangers and tells them thatthe Queen is planning on releasing every demon from the shadow world. 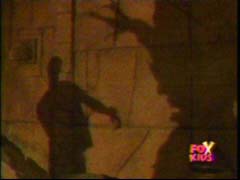 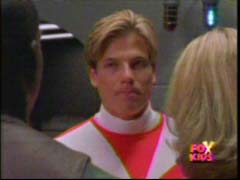 The message is cut short when Queen Bansheera appears and abducts Ryan right before their eyes.
Carter decides that he is going to travel to the Skull Cavern and save Ryan, against everyone's wishes. 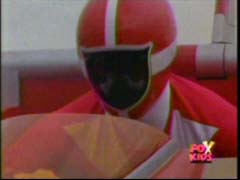 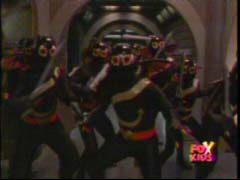 He takes off in the Mobile Armor Vehicle and flies towards the Skull Cavern.
The card Jinxer planted on the Lifeforce Megazord releases hundreds of Batlings into the Aquabase. 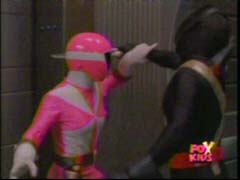 Chad and Kelsey battle Batlings on one side of the Aquabase.
While Dana and Joel take fight the swarm on the other side. 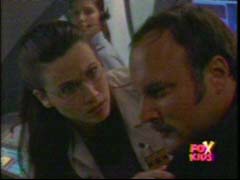 The Batlings have takencontrol of the Lifeforce Megazord, and use it to attack the Aquabase exterior.
Mitchell is frozen in despair. Ms. Fairweather assumes command and orders an evacuation.

The Rangers complete the evacuation of everyone in the base. However, they cannot find the Captain.
They double back to rescue ops and find the Captain, still frozen. The Megazord attack traps them inside. 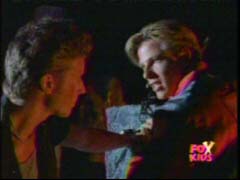 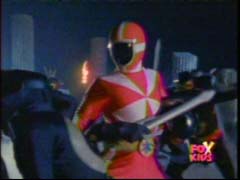 Carter makes it to the Skull Cavern. He finds Ryan and unshackles him.
When Bansheera finds them, the two morph and fight the Batlings. 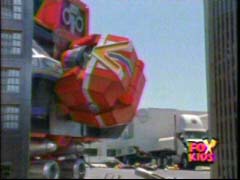 The Omega Megazord, still under repairby a Lightspeed crew, is hijacked by Jinxer and the Batlings.
Jiixer uses the Megazord to place gigantic stones in a circle throughout Mariner Bay. 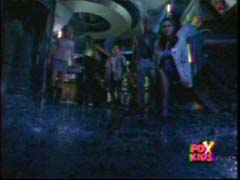 Ryan and Carter are defeated, and forcibly ejected from the Skull Cavern.
As the trapped Rangers figure out what to do, water from the ocean seeps in.