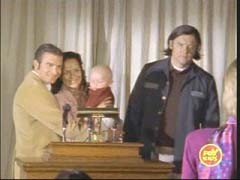 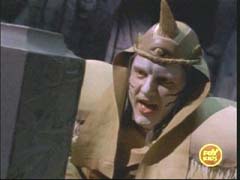 Master Org has a flashback of his life as scientist Viktor Adler, at a press conference with Cole and his parents.
He looks over the tombstone they made for him after presuming him to be dead in the accident. 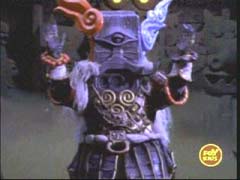 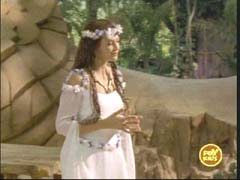 He infuses the tombstone with six Org spirits, giving rise to the powerful Tombstone Org.
Shayla mills around the Animarium, humming a little ditty.

Someone appears to like her humming. His eyes widen.
Tombstone Org hits the forest and starts causing a ruckus. 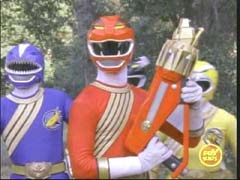 The Rangers show up and Cole takes him down with the Lion Blaster.
He is enlarged by Toxica. 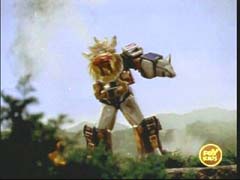 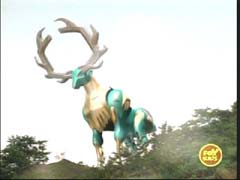 Tombstone Org attacks with great vengeance and furious anger, and breaks the Megazord's arm off.
Out of nowhere appears the Deer Zord. He doesn't help at first,but when the Org attacks him, he strikes back. 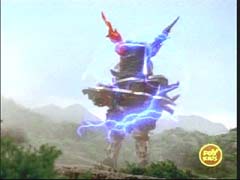 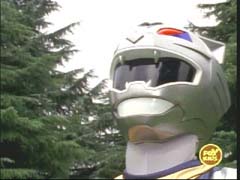 Deer Zord shoots out energy rings from his antlers, trapping the Org, and rendering him unconscious.
Merrick tries to talk with the Deer, but the jilted Zord storms off in a huff. 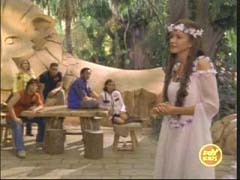 The Rangers try to ask him what's up, but Merrick too storms off in a huff.
With Tombstone Org still out, the Rangers regroup at the Animarium. Shayla tells them of the Deer Zord. 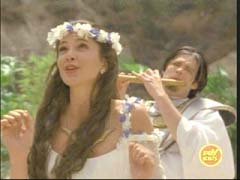 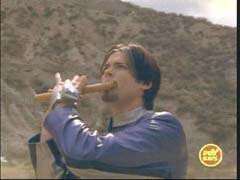 A long time ago, Shayla and Merrick used to perform for the Deer. After they stopped, he fell into a downward spiral of hatred and self destruction.
Merrick does his best Tommy impression, and plays his flute to try and get the Deer to come out. 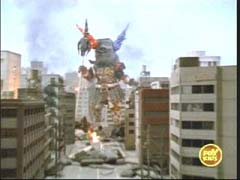 Tombstone Org has finally awoken, and breaks fre of his shackles.
Animus contacts Shayla, and tells her that the only wayto get the Deer's help is to sing to him. 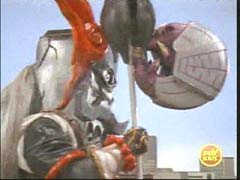 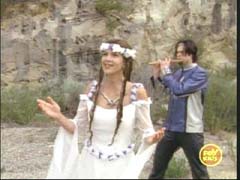 The Rangers attack with the Armadillo, but it is easily deflected.
Shayla and Merrick get together and sing quite possibly the lamest song ever to the poor Deer. 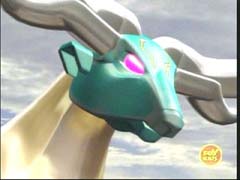 "I think you invented notes never before heard in music."In spite of the performance, Deer still agrees to help.
He replaces the Tiger as an arm, forming the Wild Force Megazord Clutcher mode. 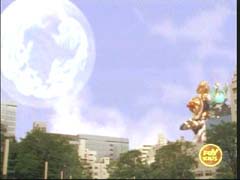 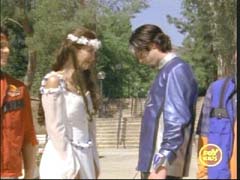 He makes a big bubble with his antlers, capturing Tombstone Org and the spirits within.
Shayla flirts with Merrick as she tells him they must now play for the Deer Zord every morning.
Comments: