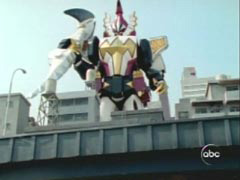 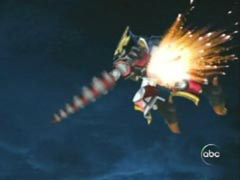 White Ranger takes control of the Stego Zord and combines it with the Drago Zord to form the Dino Stegozord.
The Dino Stegozord blasts the Thundersaurus Megazord apart, sending the Rangers flying. 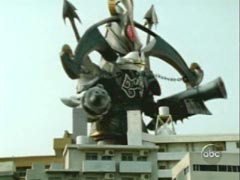 Tommy gains enough of a mental hold on Stego to disconnect the Dino Stegozord.
The Angor monster from before returns for more. 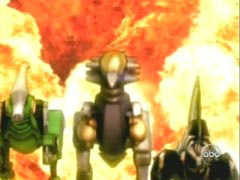 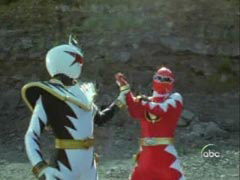 With the Dino Zords down, Tommy sends the three auxilliary Zords to battle.
Meanwhile, Conner is busy fighting one on one against the White Ranger. 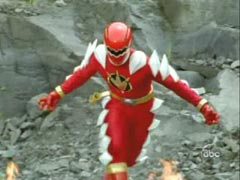 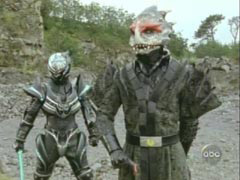 Conner digs deep and evens things up with his Super Dino Power.
Mesogog interrupts the fight, and makes Trent an offer to join him. The White Ranger refuses. 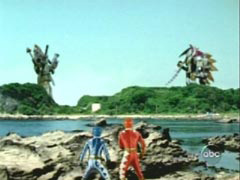 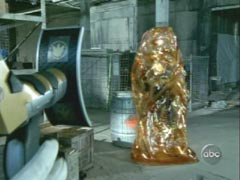 Mesogog sends his monster to capture the White Ranger, but he is detroyed by the Dino Stegozord.
Later, as Tommy retreives a device from storage, he is ambushed by Trent and encased in amber.
Posted by Admin at 1:22 PM