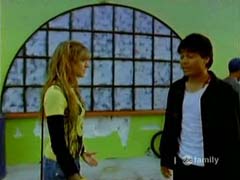 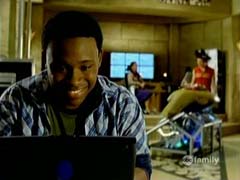 Kira tries to tell someone about a possible record deal, but everyone is to busy to hear about it.
Meanwhile, Ethan searches for his soulmate online. 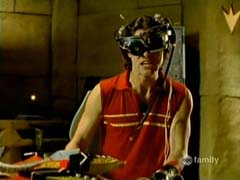 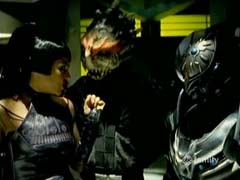 As Conner tests out the simulation for the new Assault Vehicle.
Zeltrax informs Mesogog that Hayley ordered a special part from Anton Mercer's company. 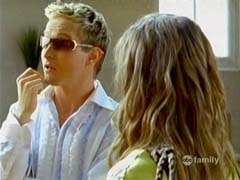 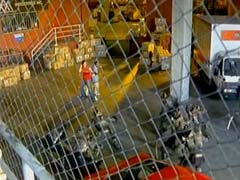 Meanwhile, Kira goes to see a famous record producer.
Conner and Ethan go to pick up the part from Mercer Industries when they are attacked by Tyrannodrones. 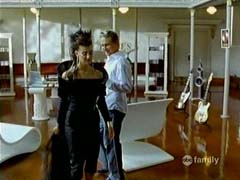 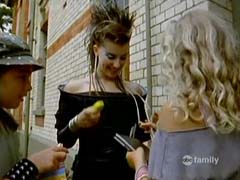 The record producer recreates Kira and gives her a new image, but Kira's not too fond of it.
She is having second thoughts until kids see her and ask for her autograph. 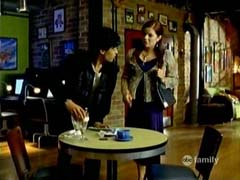 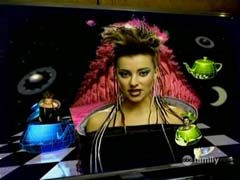 Hayley has Trent lock up the Cyberspace, but he can't leave until Cassidy gets off the computer.
Later on, Kira shows the others her music video to find out what they think of it. 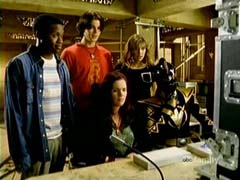 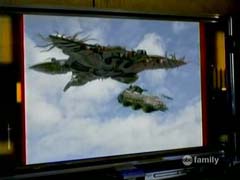 The others are speechless, but Conner lets her know he doesn't think that it suits her.
They are then alerted to Zeltrax's new Aerial Assault Vehicle. 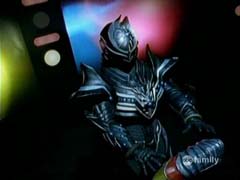 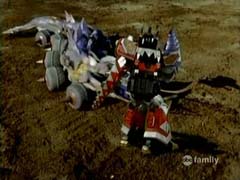 Zeltrax pilots his new and improved Aerial Assault Vehicle into battle.
Zeltrax launches the Terra Assault Vehicle against the Thundersaurus Megazord, and the Rangers don't stand a chance against it. 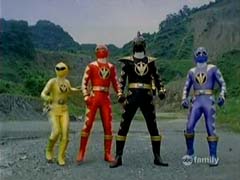 The Black Ranger says that he'll handle Zeltrax, while the others take care of the Terra Assault Vehicle.
But not even the Brachiozord is enough to take it down. 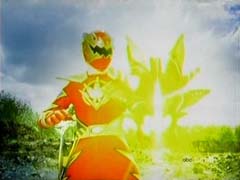 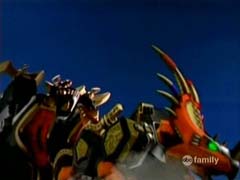 The Red Ranger morphs into the Triassic Ranger, and the Shield of Triumph begins to glow.
The Mezodon is awakened and carries the newly created Triassic Megarover. 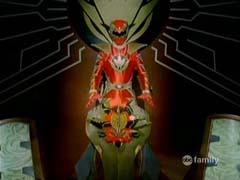 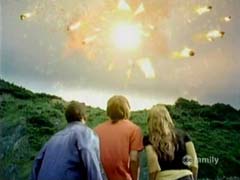 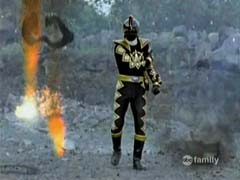 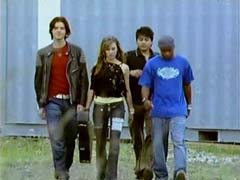 Tommy has made it out just in time, but Zeltrax didn't make it.
The Ranger teens go to Kira's new music video shoot. 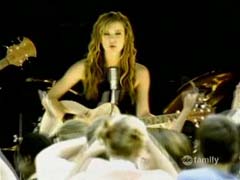 Ethan is there to meet his cyber date, only to find out that it is Cassidy.
Kira performs her music video "Patiently" as everyone cheers for her.
Comments:
Posted by Admin at 1:22 PM