The Day of the Dumpster - (Pilot Episode) 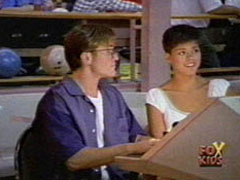 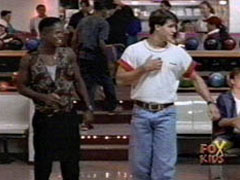 The teens are hanging out at the bowling alley. Billy gives Trini some tips on getting a strike.
Zack and Jason are clowning around, then turn their attention to Kimberly. 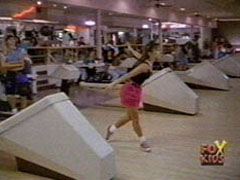 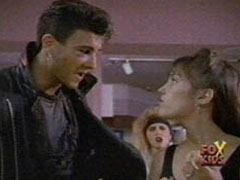 The bowling ball slips out of her hands and onto a plate, getting food all over a nearby thug.
The thug approaches Kimberly, and demands some form of payment, and Kimberly objects. 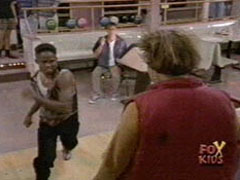 A fight ensues, and Trini lays the thug out on the floor.
Zack shows Bulk some of his moves, just before kicking him down. 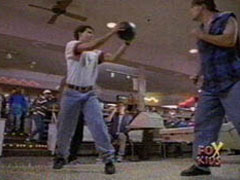 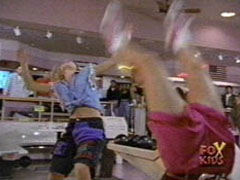 Jason takes over, and sends Bulk flying down the lane. Strike!
Kimberly flips out, and sends the girl thug reeling. 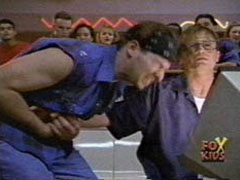 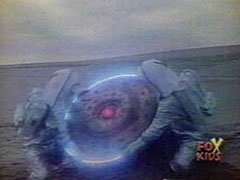 Even Billy gets in on the action, with a nice punch to the gut.
Meanwhile, on the moon, two astronauts open a mysterious container. 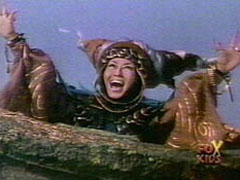 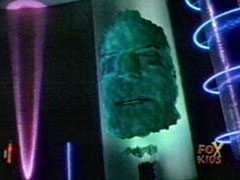 The container held Rita Repulsa, and she was now free. She wasted no time in attacking Earth.
Zoltar senses that Rita has returned, and tells Alpha to initiate plan B. 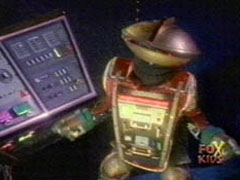 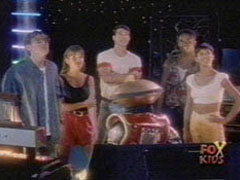 Alpha locates five worthy candidates to become Power Rangers, and teleports them to the Command Center.
Zoltar explains to them the situation, and what they must do to defend Earth, giving them Transmorphers. 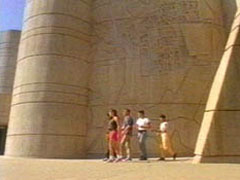 The teens aren't convinced, and they leave the Command Center.
Rita sees them, and sends down Putties, who easily defeat the Rangers. 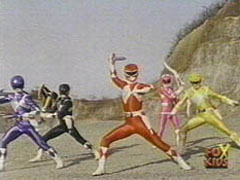 Seeing it as their only escape, the Rangers pull out their Transmorphers.
They are transformed for the first time into Power Rangers! 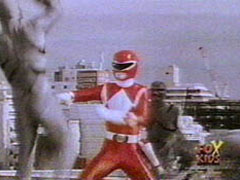 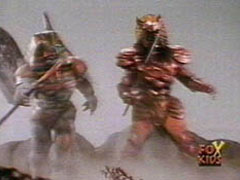 They are teleported to downtown Angel Grove, where they fight an army of Putties.
The monster Flyguy is transformed into a giant, and is accompanied by Goldar. 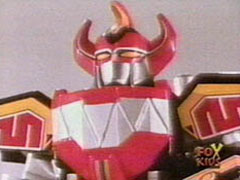 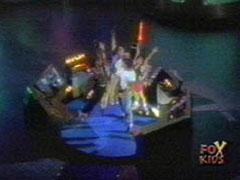 The Rangers call on the Megazord, and destroy Flyguy, as Goldar flees the battle. Dino-mite!
The Rangers celebrate their first victory back at the Command Center. A legend is born..
Comments:
Posted by Admin at 1:22 PM