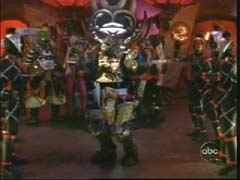 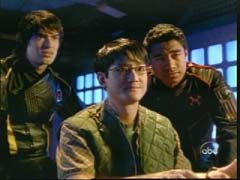 Lothor's troops celebrate the kidnapping of Sensei. They even make poor Zurgane dance.
When Sensei was kidnapped, he created a protective energy barrier around him, which the Rangers are able to use to track him. 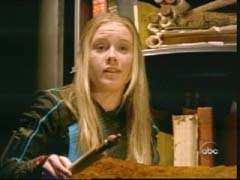 The Thunders are taking him to the Mountain of Lost Ninjas, where they can retrive the Gem of Souls to break the Sensei's energy barrier.
As they ride to the mountains, Tori reflects on her actions, but Shane comforts her. 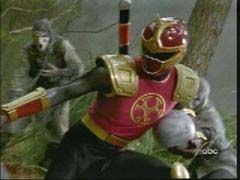 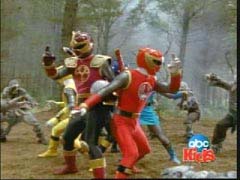 When the Thunder Rangers arrive at the Mountain of Lost Ninjas, they have to battle - you guessed it, Lost Ninjas.
The Wind Rangers arrive to bail them out. They call a truce and team up to fight the undead ninjas. 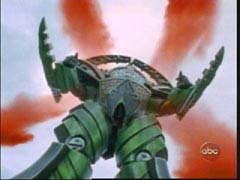 After that's done, the Rangers battle each other for the Sensei.
To add to the mix, Zurgane appears in his very own Zord. 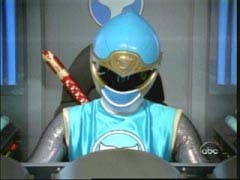 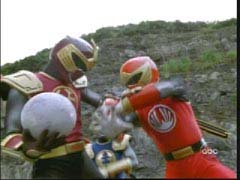 Tori summons the Storm Megazord and pilots it on her own.
Dustin and Shane continue fighting the Thunder Rangers. 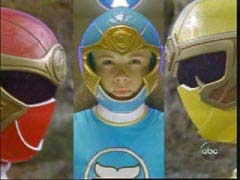 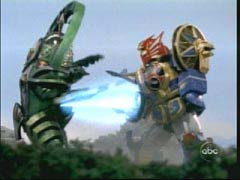 The Wind Rangers are losing, but they summon inner stregth to make a comeback.
Tori takes aim and blasts at Zurgane's zord with the Dolphin laser. 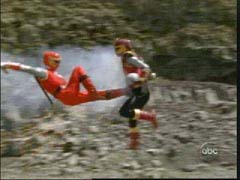 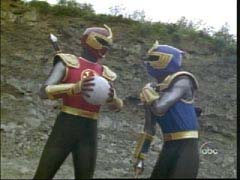 The Thunder Rangers use the Thunder Blaster on the Wind Rangers, and leave with the Sensei.
The Wind Rangers follow them to the Cavern of Spirits, and urge them not to destroy Sensei. 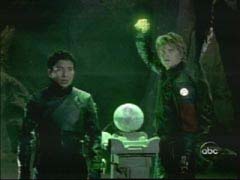 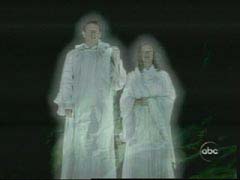 Blake and Hunter tell the Wind Rangers that the Sensei killed their parents, which is why he must die.
Luckily, the ghosts of Blake and Hunter's parents happen to be at the cavern, and tell them that it was actually Lothor who killed them 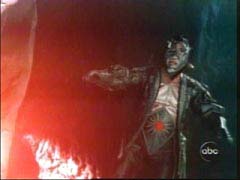 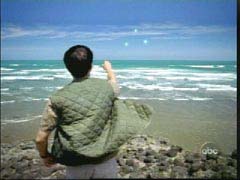 Lothor shows up at the cavern, and attacks the Rangers. Blake uses the gem to deflect the blast, seemingly destroying Lothor.
Sensei and Cam go to the ocean, where Cam disposes of the shattered Gem of Lost Souls, lest it fall into evil hands. 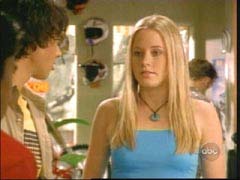 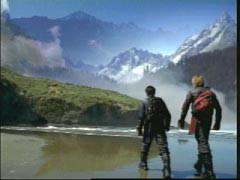 After missing practice, Shane and Dustin wonder where Blake and Hunter went. Tori tells them that they've left.
Blake and Hunter walk off into the mountains, unsure of their destiny.
Comments: