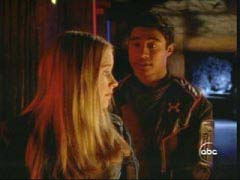 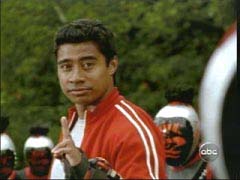 In trying to revert back to normal, Sensei accidentally switches bodies with Shane.
While skating for Shane in a competition, Sensei is attacked by Kelzacks, and trounces them. 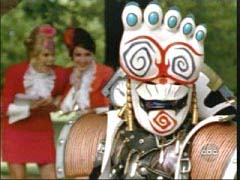 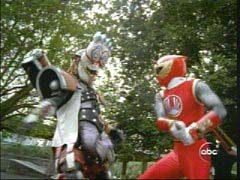 Marah and Kapri unleash their new monster - Footzilla.
As the Red Ranger, Sensei owns him, and makes him retreat. 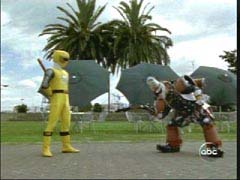 Back at Ninja Ops, in trying to switch Shane and Sensei back, they end up switching Sensei and Dustin.
Footzilla attacks again, and Sensei whoops him again, this time as the Yellow Ranger. 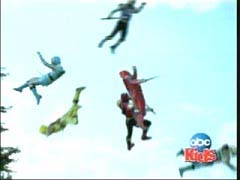 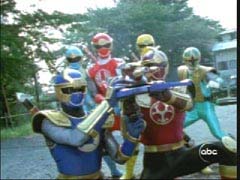 Footzilla uses his powers to make the Rangers float. Shane is singled out and is slammed into the ground.
Shane breaks free and then frees the others. They all destroy Footzilla with the Thunderstorm Cannon. 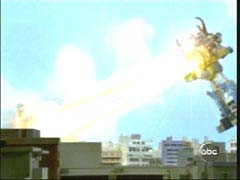 When Footzilla grows large, the Rangers take him out with the Thunderstorm Megazord.
Dustin and Sensei are placed back into their own bodies, but Dustin still seems to have a craving for guinea pig food.
Comments:
Posted by Admin at 1:22 PM