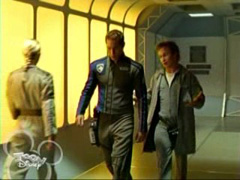 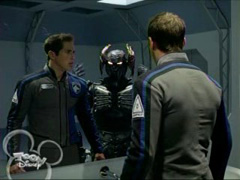 Boom accidently spills to Sky that Mirloc is the one responsible for killing his father.
Even more upset by this news, Sky is paid a visit in by Mirloc in the bathroom mirror. 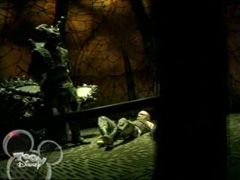 Gruumm recruits Piggy as part of his plan and to get his loyalty, sends to spend 24 hours in the pit of doom.
Sky confronts Commander Cruger about not telling him about Mirloc and his father. 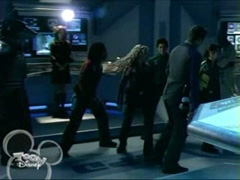 As Sam returns from his away mission, the Rangers all split up to look for Mirloc.
Morgana introduces Mirloc to Gruumm, impressed with his abilities. 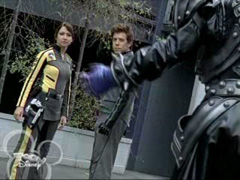 Z and Bridge run into Mirloc who imprisons them in his mirror.
Then he shows up in the park to capture Sky and Syd as well. 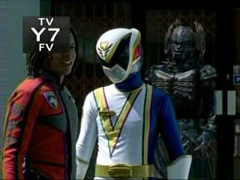 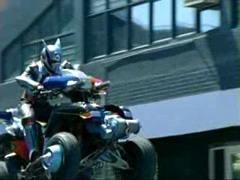 As Jack and Sam are looking for Mirloc, he almost captures them as well.
The Shadow Ranger shows up on his Delta ATV to get them out of there. 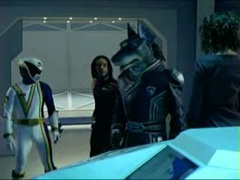 Commander Cruger sends Sam out since Mirloc can't track him in his energy form.
Mirloc gloats to Gruumm of his accomplishments of capturing the Power Rangers. 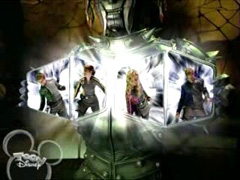 But he's only captured four Rangers. Gruumm asked him to capture six Rangers. Gruumm plans to deal with Cruger personally.
Gruumm orders him back to Earth and promises him a giant robot, but when Broodwing asks for payment, Gruumm assures him that he's paid him enough. 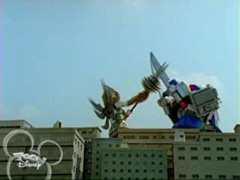 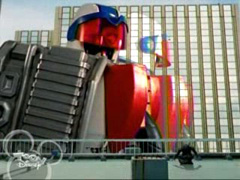 Jack borrows the Omegamax Cycle to take down the giant robot while Sam finds Mirloc.
Mirloc uses his reflective mirrors to capture the Omegamax Megazord. 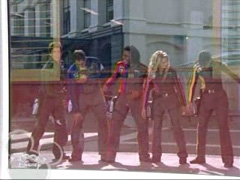 The Omega Ranger takes on Mirloc by himself.
Meanwhile, the other Rangers desperately cheer for Sam to rescue them. 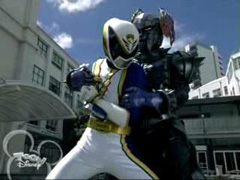 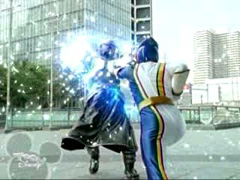 The Omega Ranger and Mirloc go head to head, but Mirloc proves to be brutal.
"Force From the Future!" - the Omega Ranger comes through and destroys Mirloc's reflective prison. 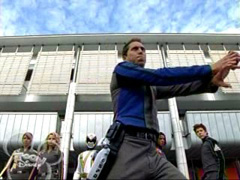 Mirloc taunts Sky, and calls him just as pathetic as his father was. Disturbed by this, Jack gives Sky the chance to bring him in and hands him his Morpher.
Sky graps the Red Delta Morpher and shouts, "S.P.D. Emergency!" 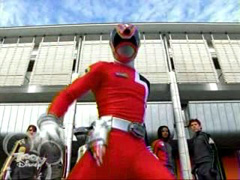 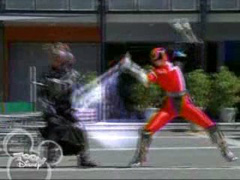 Sky morphs into the S.P.D. Red Power Ranger.
As the Red Ranger, Sky activates the Battlizer to take down Mirloc. 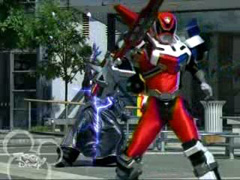 Sky completes the Battlizer and brings down Mirloc once and for all, putting him back into confinement.
Later on that day, Sky returns to Jack his Delta Morpher and admits that while it was good to be the Red Ranger, he's proud to be the Blue Ranger.
Comments:
Posted by Admin at 1:22 PM